Jarrett Luckett
Executive Director
​
Jarrett Luckett is a native of Milwaukee and studied Organization Development at Marquette University. He previously worked in the healthcare field at Froedtert and Aurora Healthcare, developing staff and organization structure.

With a personal global commitment to impact the world through business, Jarrett assisted in forming the Milwaukee Chapter of the Global Shapers; an initiative of the World Economic Forum in Davos, Switzerland to give young leaders a voice at the table with local and world leaders. He has written articles for publications regarding organization development and is an entrepreneur who has started small businesses and helped others do the same.

Most importantly, he is a follower of Jesus. 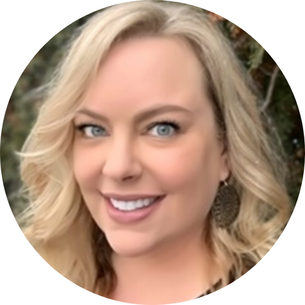 Martha Kannas
Development Director
​
In her role as Exploit No More’s Development Director, Martha helps develop and implement strategic plans to raise vital funds for the organization to operate and carry out its mission to dismantle the local sex trade of children using three key approaches; awareness, advocacy, and aftercare. In addition to her work at ENM, she is a Volunteer Coordinator, Auction Executive Team member, and girls’ health educator at Brookfield Christian School. Martha also co-leads MOMSnext, a peer group for mothers of school-aged children at Brookfield Christian Reformed Church. She is passionate about helping girls and women become their best selves.

She received her Master’s Degree in Social Work and Women’s Studies from the University of Wisconsin-Madison and has had the privilege of working with nonprofits in both Madison and Milwaukee, focusing on female empowerment programming.

Martha and her husband, James, have two young daughters and enjoy spending time in the Northwoods on the lake and in Florida on the beach.

Greg is an Ohio transplant who has called Milwaukee home since 2008. He loves accounting, Jesus, the Church, his family and his neighbors. As the accountant for Exploit No More, he is able to be express each of these loves through his service to the organization.
​
When not at Exploit No More, Greg enjoys serving his church, chilling with family & friends, reading and investing according to Graham-Dodd principles.

​Sarah grew up on the East Coast and in the mission field abroad. For the last 21 years, she has served in ministry including youth, college, pastoral, and foreign missions work, as well as attending Teen Mania Ministries and Global School of Ministry. She has been privileged to serve long and short term all over the US and globally within South America, Asia, Africa and Europe.

Her heart and compassion for injustice issues within the US and globally have always served as the focus of her ministry. Her role at Exploit No More aligns this focus with her gifts of organization and communication.

Sarah is the mother of three amazing children and is grateful for every beautiful moment of grace and life the Lord has given her.

Kristina Glackin has served in many capacities in the anti-trafficking field from speaking, advocacy, aftercare, and rehabilitating survivors. She is a former member of the Eastern Iowa Regional Task Force against human trafficking and she has developed and ran a survivor support group, as well. During her time on the task force, she helped pass legislation that assisted in shutting down known massage parlors that were doubling as human trafficking facilities.

With her eyes on Jesus, she is continuing to strengthen her ability to serve others byway of studying business management. Most importantly, she is raising her two children up to one day fulfill their life purpose as well.

Our Board of Directors

Tim Bodnar
Board President
GE Healthcare
​
Tim Bodnar was born in western Michigan, raised in northeast Ohio, and graduated from Ohio State with BS Electrical Eng, and MS Biomedical Engineering. The first half of his career was spent in management at a large health care system in Ohio, and has worked the other half in various leadership positions in GE Healthcare.

Before ENM started, Tim was largely unaware of local trafficking issues; even though he was very involved with similar issues globally as an advocacy leader in the global human rights organization, International Justice Mission. Once hearing about the statistics in Milwaukee, he become involved in the community assessment that eventually led to the start of Exploit No More. As stated so well by Martin Luther King, "A threat to justice anywhere is a threat to justice everywhere" and Tim takes that quote to heart, working both locally and globally on justice issues.

Tim is a terrible swimmer but on land he fares much better, as his main hobby is running.

Debby is mostly a Wisconsinite. She attended the University of Wisconsin—Madison and received her Master’s from Trinity Evangelical Divinity School in Deerfield, Illinois. Professionally, Debby was a corporate manager for a number of years and then transitioned her systems and strategic planning experience to the non-profit sector.

She is an author, leader and equipper of women in ministry, serving on her denomination's national board of women's disciplemaking ministries, then called Resound. Those roles became a natural bridge to her passion to fight sex trafficking. She volunteered with Exploit No More for several years before joining the board, trained nationals in Guatemala in counter-trafficking, and is certified to train Hands that Heal, an international curriculum for caregivers of trafficking survivors.

Debby and her husband, George are active at Oakwood Church, have two married daughters and sons-in-law, and two adorable granddaughters. They share a love of hiking and backpacking and have gone so far as to trek Mt. Everest…for fun!

John was born and grew up in the Middle East (Jordan and the UAE) but ended up in the Midwest after attending Carthage College in Kenosha.  He graduated with a BA in finance, was president of the student body, and participated in athletics. Starting off his career in Chicago, John moved to Milwaukee after marrying his lovely wife in 2017.

John is an Associate Wealth Manager at Boardwalk Financial Strategies, a boutique financial planning and investment management firm specializing in helping families and individuals through life transitions.  His desire to serve Jesus and others through his financial background led him to the Treasurer role at Exploit No More.
​
John and his wife, Jen, enjoy the outdoors, traveling, reading, and fostering dogs.

Robyn is a founding member of Help Portrait Milwaukee and The Milwaukee Portrait Project, projects that serve some of the poorest in Milwaukee. She is also a small business owner and has worked in numerous roles for churches and non-profits.

In 2013, the United Way selected Robyn to receive its Philanthropic 5 award for her contributions to the nonprofit community, including her work with Exploit No More.

​She holds a B.A. in Psychology and Art from James Madison University and an M.A. in Religion from Trinity Evangelical Divinity School.

Althea Washington
​Board Member
Executive Pastor, Transformation  City Church
​
Althea was born and raised in Madison, WI. As an avid Badger fan and student she studied business and psychology in preparation for a career in Human Resources. Driven to succeed, she chased promotions in several Midwest states until settling down in Milwaukee. Yet even while climbing the corporate ladder she longed for a vocation truer to her heart.

​Her prayers were answered when she heard the call from God and accepted His call into full-time ministry. Her heart’s desire is that every person would find their self-worth in the unique calling that God has for their individual life.

In her free time, Althea’s always up for an adventure -  whether it’s leading a weekly book club in jail, completing a 60 mile walk in the hills of San Fran, or trying to convince at least one of her friends to attend a country music concert with her (still no takers..!). Althea feels absolutely blessed to be a part of TCC.

Marcy is the Director of Development for Horizon Home Care & Hospice. She received her BS in Social Welfare from the University of Wisconsin – Madison in 2004. Her professional career has been in non-profit volunteer recruitment, events and fundraising. In 2005 she received a Racial Justice Award from The YWCA of Madison, the AVM Award of Excellence in 2012 and the Non-profit Center Wile Volunteer Management Award in 2013. In 2015 she founded Echelon MKE, a young professional service group focusing on ending homelessness in Milwaukee.

As a single mom, Marcy was drawn to help support Exploit No More and help work toward the goal “every child deserves a childhood.” Marcy currently spends her free time supporting her daughter’s modeling career and volunteering in the community.

Adam grew up in Milwaukee and has a passion for volunteering and working to make Milwaukee a better place. Adam has volunteered over the past several years to help provide free legal services to the underprivileged in Milwaukee.

He received a B.S in Political Science from the University of Wisconsin-Whitewater and a Juris Doctor from Marquette University Law School.

Adam enjoys reading history and science fiction and is an ardent basketball and football fan. ​He is married to his beautiful wife Erica and is a proud father to their daughter Ivy.